Writer vs. Author: What’s the Difference? 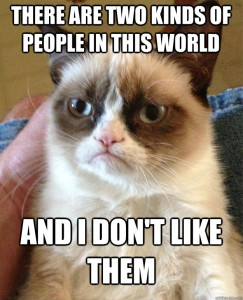 Why is this? Why is it that identifying as an author vs. writer make such a big difference? It’s because when you think about it, there’s an enormous difference between the two. Neither group is better or worse than the other. But it’s essential to define yourself properly if you want to write for a living.

The difference between the two groups boils down to this: Authors are self-oriented, while writers are service-oriented.

What do I mean by this? Let’s break it down with a notable example: J.K. Rowling.

Rowling is one of the premier authors of the 20th century. She’s built an incredible universe within the Harry Potter books, and has rounded out her reputation as a lovely author with The Cuckoo’s Calling and The Casual Vacancy. No one expected Rowling to write the latter two books. In fact, it didn’t gather great reviews when it came out (under a different name than Rowling’s). So why did Rowling write such a book, even though her pre-established Harry Potter franchise has made her a billionaire? She did it because she is an author, and authors don’t give a sh*t.

Authors write to please no one except their characters. They’re writing to tell the stories they have to tell in their minds, and if someone doesn’t like the story then they don’t have to buy the book. Authors market themselves as a source of original ideas, and market their books as works independent of the rest of the world. Sure, someone may want them to write a romance novel next. But if an author doesn’t want to write something, they don’t. It’s that creative stubbornness that earns them credibility among fans. In fact, they’re often derided for making decisions to clearly appease the desires of their fans as opposed to ending the story independently. (such as creating a spin-off movie franchise, perhaps?)

Writers, on the other hand, are much more mindful of the opinions of other people. These are the folks paying attention to market trends, and adapting their skills to appeal to the greatest number of people. Writers are much more likely to work freelance jobs, because they work great when given a new writing challenge. These are the folks that ghostwrite for several different blogs, or put out 24 e-books a year, all under different pen names. Writers know the game of writing and publishing, and are perhaps more willing to give up the romanticized idea of writing one masterpiece in exchange for steady income and multiple opportunities to challenge their own style.

Again, this is not a judgment call on whether being a writer is better than being an author, or vice versa. Both are equally good paths toward success. Both jobs can ensure a lifetime of writing, and of being appreciated for your writing within a certain community. But while an author will promote their published books across social media, the writer will advertise their writing services to the world. One is focused on what they create in isolation, and the other presents a more service-oriented face to the world.

If you are an author, rejoice! If you are a writer, rejoice as well! Both ways of working as a writer are equally valid. And if you can make a living as an author in this crazy world (which we’d love to help you do here at Archangel Ink!), then you’ve already done something amazing. But it will benefit you in the long run to determine what kind of writing career you want, and market yourself accordingly. If you want to be a writer, talk about what you can do for others. If being an author’s what’s calling your heart, then make some great books and talk about them. Either way, don’t stop writing!

Do you identify more as a writer or an author? Do you think there’s a difference? Tell us in the comments!

8 thoughts on “Writer vs. Author: What’s the Difference?”